Even at Low Levels, Pesticides can Irreversibly Damage a Child’s Brain 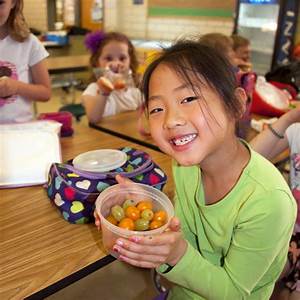 New evidence highlights the dangers to children of even low-level exposure to organophosphate pesticides (OP). Members of this family include chlorpyrifos, acephate, diazinon, diethylphosphate and malathion. The authors of the new report published October 24, 2018 by Hertz-Picciotto et al., found that even low-levels of exposure can cause cognitive deficits, impaired mental and motor skills, autism and attention-deficit hyperactivity disorder. They further conclude that there is no safe level of exposure for the babies of pregnant women. This is especially problematic when you consider that OP make up fifty percent of all pesticides used today. Not only are OPs heavily used on fruit and vegetable crops, but also in public spaces such as schools, businesses, parks and they even contaminate our drinking water. They are also used in homes, for flea control on pets and golf courses.

Toxicity of organophosphate pesticides
The use of OPs has been popular since the 1960’s and they became mainstream by the 1970’s; and, although nearly fifty members of the OP family are currently categorized as moderately or highly hazardous to humans by the Environmental Protection Agency and the World Health Food and Agriculture Organization, their use remains wide spread. Like many other toxic, industrial chemicals in use, OPs were grandfathered in before safety evaluations for human health was required. Knowledge of OP pesticide’s toxicity isn’t new, in fact they have long been known to cause acute poisoning and death. Agricultural misuse, overuse and spills have killed school children in China, Bangladesh, and India who consumed meals containing high levels of OP pesticides. Worldwide, acute pesticide poisoning is responsible for the death of approximately 200,000 people each year.

Safe at low-levels is an industry lie
The chemical industry continues to shun the concern that low levels of exposure can cause human harm. They maintain an out dated and discredited argument that pesticides and other toxins are safe with small, on-going exposures. This fallacious argument takes a major hit from the authors who show that even low levels of prenatal exposure put children at risk of a range of neurodevelopmental disorders. Even more, evidence now suggest that the neurological damage can be permanent. This new report confirms earlier reviews and population studies that connected prenatal exposure of OP pesticides with diminished social and behavioral development and impaired cognition.

Children are most susceptible to pesticide effects
The young and yet to be born are more susceptible to the dangerous effects of pesticides and other toxins. This is because their organs are still underdevelopment. Pesticides can interfere with the developing brain and other organs too. Also, children’s metabolic pathways for breaking chemicals down are immature and don’t function at full capacity. Infants and children therefore store toxins longer. And lastly, since children eat more food relative to their size than adults, their level of pesticides becomes more highly concentrated in their bodies.

How to minimize organophosphate pesticide exposure
Due to the dangers posed by OP pesticides to consumers, pregnant women, and children; steps to reduce exposure should be taken. First, it’s best to purchase organic produce. Organic produce is safer to eat, better for the environment, and minimizes risks to farm workers. A report conducted by the U.S. Department of Agriculture found that frozen blueberries, green beans, strawberries, celery, and peaches are most likely to be contaminated with OPs. If you have pets, you can minimize fleas without pesticides by using a flea comb frequently, bathing pets in pesticide free shampoo and cleaning your pets bedding regularly. Instead of spraying for the infrequent pest, capture and release outside. Ant infestations can be eradicated with non-toxic sprays and by cleaning and sealing all food sources. When needed, baits and traps are a safer method then pesticide sprays. If you are a farm worker, ensure your pesticide application equipment functions properly to avoid spills, leaking, and excessive application. Also, ensure to wear proper protective clothing, gloves, and respirator rated for pesticide exposure. Clothes worn on the farm should be removed before returning home, to prevent the transfer of pesticides to family members. Following these simple recommendations will help minimize the exposure of brain damaging organophosphate pesticides to children.

Since your health and safety is our top priority, we have taken several precautions to minimize coronavirus exposure. This includes coronavirus screening upon entering, mandatory use of face coverings, observation of physical distancing, limiting foot traffic, and encouraging use of our HIPPA compliant telehealth services.