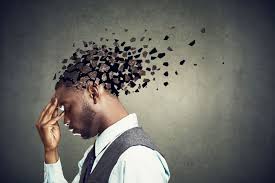 Heavy metal toxicants are ubiquitous in our environment and possess several characteristics that make them inherently and uniquely efficient at changing cellular behavior and contributing to our risk of chronic disease. Toxicant metals are even capable of causing irreversible cellular and DNA damage that can lead to cancer. Despite their well-documented role in contributing to diseases like diabetes, cancer, and heart disease; in the clinical setting, the consideration, testing and treatment of chronic heavy metal exposure and storage is largely ignored. As a society, we make few economic and public policy decisions in effort of minimizing our exposure to toxicants. Unfortunately, we do the same in health care, failing to connect the dots with industrial toxicants and the diseases they contribute to. Therefore together, environmental pollutants and metal toxicants remain the unspoken elephant in the room.

Metal Toxicants are Inherently Dangerous
Metal toxicants like arsenic, lead, mercury and cadmium are known to cause oxidative stress and free radical damage that most notably, but not exclusively target that neurological and cardiovascular systems.1 Being unstable, heavy metals cause free radical damage to healthy cells. This oxidation stress promotes the inflammation characteristic of coronary heart disease and neurodegenerative conditions like Alzheimer’s disease. Lead is known to cause declining kidney function and to increase blood pressure as well.1 Lead also negatively affects the functioning of the endothelium, the innermost layer of cells in the arteries. The endothelium is where heart disease begins. Lead also decreases paraoxonase-1 (PON-1) enzyme.1 PON-1 provides powerful protective benefits like preventing the oxidation of “bad” or LDL cholesterol. Increased lead and cadmium levels are associated with high blood pressure, heart attacks and stroke too. Mercury is also a potent inducer of oxidative stress, neutralizing reduced glutathione, countering glutathione production and causing the premature death of cells.1 Mercury disrupts several neurotransmitters and is a first class neurotoxicant that can cause tremors, memory changes, neuropathy and psychosis as well. Like lead, mercury increases the risk of heart disease and is toxic to the kidneys. Not only are these toxic metals capable of damaging health, but because they are economically expedient, flawed regulatory systems perpetuate their use and existence.

Exposure to Toxic Metals is Widespread
Environmental and thus human contamination by heavy metal toxicants is a product of industrialization. Heavy metals such as arsenic, lead, cadmium, and mercury have been ubiquitous in our air, land, ground water, rivers, streams, and oceans for well over a hundred years. Both lead and mercury are present in levels high enough to cause health problems in fifty percent of the US population. High sources of mercury exposure occur in those who eat certain fish or have several dental amalgams. Environmental contamination occurs primarily from the burning of coal for power, cremation and the incineration of medical waste. Although lead was removed from gasoline and paint in the later 1970’s, its presence in our environment persists. Municipal water sources represent current sources of exposure from the effect of corrosive cleansing agents of lead containing water lines. In older homes, lead is released from cracks and chips in paint where it then contaminates dust and fabrics, then exposing toddlers and pets. Placental transfer of lead from mother to fetus in known to occur as well. Lead contaminates smokers and those exposed to second-hand smoke. Many household products are still manufactured with lead. During a virtual environment medicine conference I recently attended, presenter and Cardiologist, Dr. Gervasio A. Lamas of Mount Sinai Medical Center (investigator of toxic metals and the cardiovascular system), estimated that we harbor one thousand times more lead in our bodies than our pre-industrial counterparts. That is very troubling when considering there is no safe level of lead.

Over fifty percent of the population has levels of arsenic high enough to increase the risk of lung and heart disease, and prostate cancer. D’Ippoliti et el correlated an increased risk of lung cancer with low levels of ground water arsenic in California and Nevada.3 Arsenic is found in our ground water and in foods such as fish, chicken, and rice. Water heavily contaminates rice in some parts of India for example.

What to do about Toxicant Metals
Toxicant metals like lead, cadmium, mercury, and arsenic are unfortunately ubiquitous in our environment and are correlated with diseases common in our population like heart disease, high blood pressure, pulmonary diseases, Alzheimer’s disease and many others. Heavy metal burden of metal toxicants is linked with increased rates of heart attack and stroke as well. Because of the high rate of these diseases, along with the ubiquitous nature of heavy metals; assessment of stored heavy metals, chelation therapy, and cleansing and detoxification should be routinely performed. 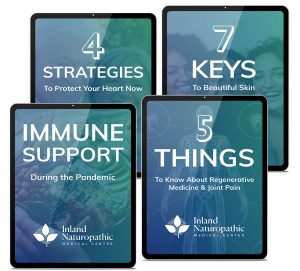 Start your journey with our free bundle of resources.

Subscribe now and get 4 of our MOST POPULAR GUIDES.

Since your health and safety is our top priority, we have taken several precautions to minimize coronavirus exposure. This includes coronavirus screening upon entering, mandatory use of face coverings, observation of physical distancing, limiting foot traffic, and encouraging use of our HIPPA compliant telehealth services.